The third son from Gerrit Thomas Rietveld, who was often charged with his misunderstandings inductive name. Despite all the feelings of being subordinate in the box of furniture making, he extraordinarily developed and later even made name as a furniture maker and designer.

After primary school he went to work with Gerard van de Groenekan that had taken over the carpentry Rietveld Sr. in 1923 and was trained here to cabinetmaker. During this period he has undoubtedly had a significant hand in producing furniture from his father. After three and a half years he was leaving the Groenekan.Then he worked in various places in the ‘furniture business’. For example at the piano factory Rippen shortly after the war, where he made the conversion and the cabinets for pianos. However, he had trouble staying with the same boss, he has made several attempts to self-employed, to start his own carpentry. These were also the times when he saw an opportunity to develop his own ideas and actually sought new forms and structures. At the end of his life he worked at Philips, at the department design of buildings.

Some of this work pops up now and than but since there is not much to know about the furniture he made, also a lot of experimental one off pieces, there is very little documentation about it. In 1991 there was an exhibitoin at De Zonnehof about 4 of Rietvelds children including Gerrit Rietveld Jr. Central Museum Utrecht posesses some of his items but rarely you will see something for sale. Some of these pieces you will find in our collection from time to time. With the right provenance and authentic condition report if wanted. 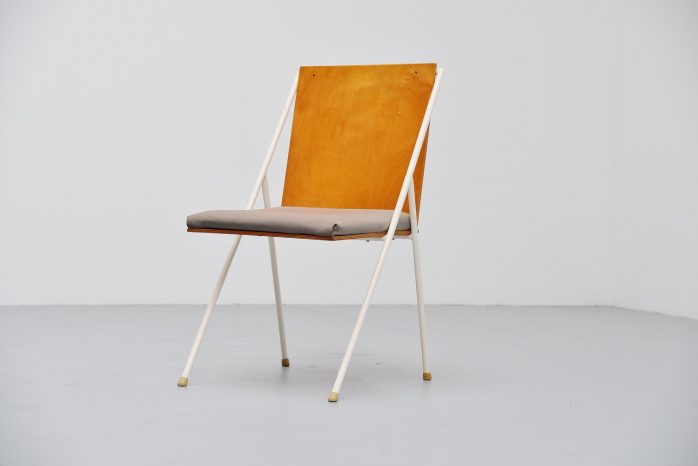 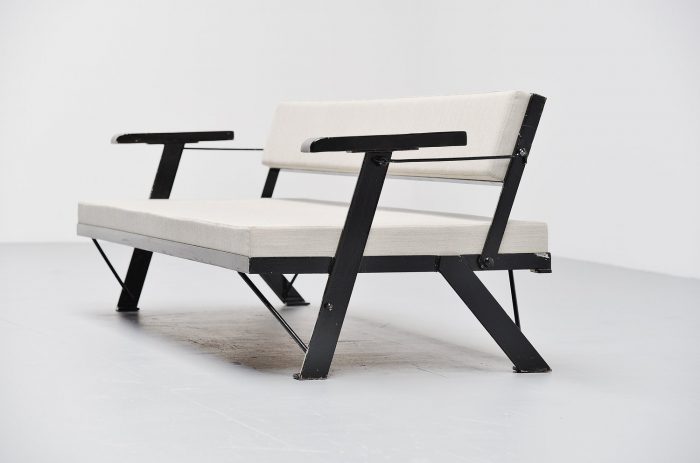