Dutch minimalist architect and designer Gerrit Rietveld was a member of the De Stijl movement together with Piet Mondriaan, Theo van Doesburg, Vilmos Huszár, Bart van de Leck J.J.P Oud and more. Significant for his work is how he pared his design down to basic cubist elements and often used primary colors to emphasize the different planes. Most of his furniture was designed and manufactured to accompany his architectural commissions. His first attempts in search of his own artistic line, were influenced by the Amsterdamse School. Rietveld re-invented the structure of chairs and other objects and built them as constructivist sculptures.

In 1918 he designed an early version of his legendary Red and Blue Chair. It was published in the De Stijl Magazine, the magazine of the movement of which he became a member in 1919. In this way Rietveld came in contact with various architects associated with the modern Dutch movement. They were all looking for a way to purify their work, to remove all remnants of past styles and influences. As the fame of De Stijl rapidly spread, Rietveld´s reputation grew from that of a local craftsman to an architect recognized in avant-garde circles across Europe. While working on the Schröder House, built in 1925, he left his furniture workshop with his long-time assistant, Gerhard van der Groenekan. Gerhard continued the making of Rietvelds furniture.

In 1951 Rietveld designed a retrospective exhibition about De Stijl which was held in Amsterdam, Venice and New York. Interest in his work revived as a result. In subsequent years he was given many prestigious commissions, including the Dutch pavilion for the Venice Biennale (1953), the art academies in Amsterdam and Arnhem, and the press room for the UNESCO building in Paris. Designed for the display of small sculptures at the Third International Sculpture Exhibition in Arnhem’s Sonsbeek Park in 1955. In order to handle all these projects, in 1961 Rietveld set up a partnership with the architects Johan Van Dillen and J. Van Tricht built hundreds of homes, many of them in the city of Utrecht.  Among his numerous furniture models, The Zig Zag chair, The Red and Blue Chair, the Crate and Military series remain as eternal design icons. Most of these furniture made by Gerhard v.d. Groenekan became popular at the end of his career and even after his death in 1964, Rietveld hardly lived to enjoy his succes.

Some of these important pieces you will find in our collection from time to time. With the right provenance and authentic condition report if wanted. 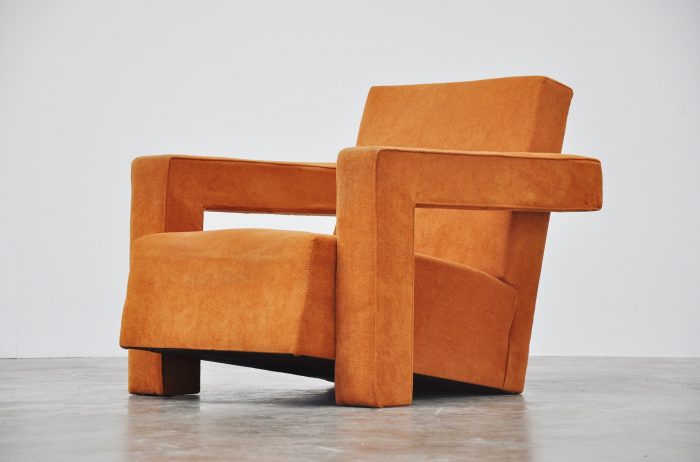 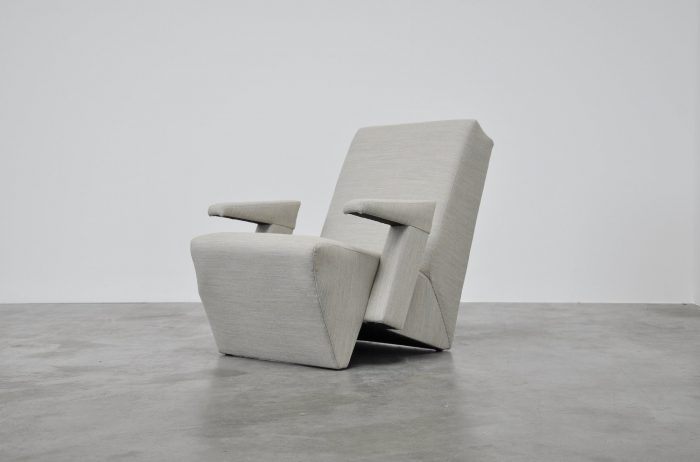 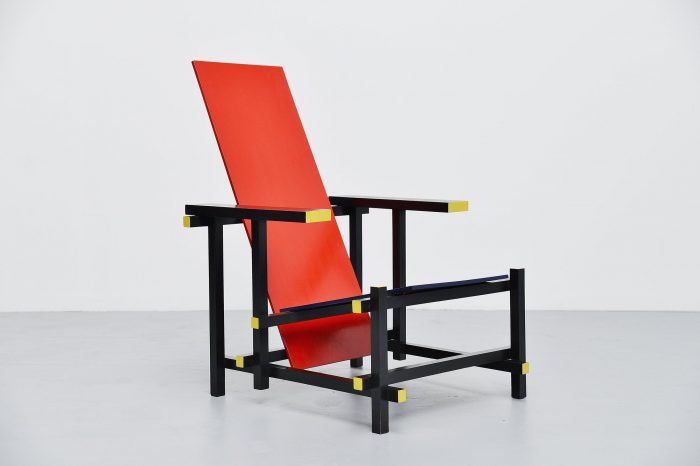 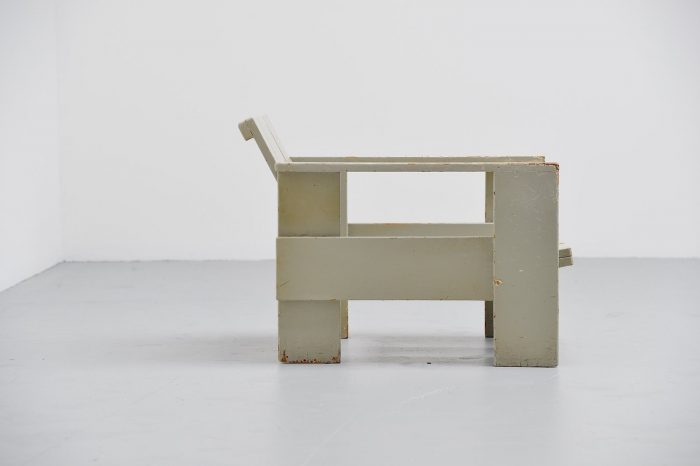 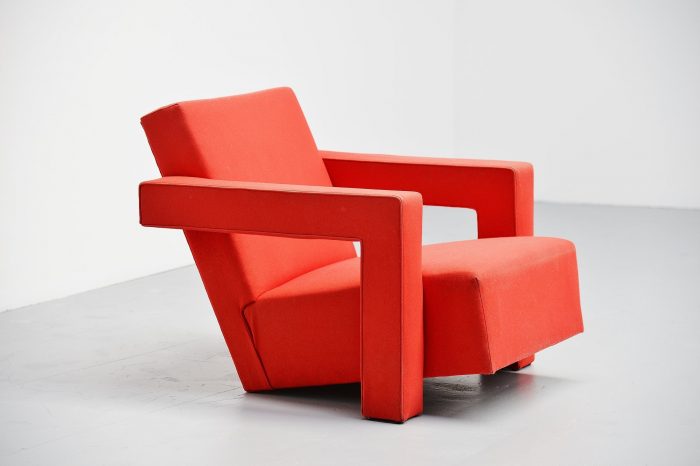 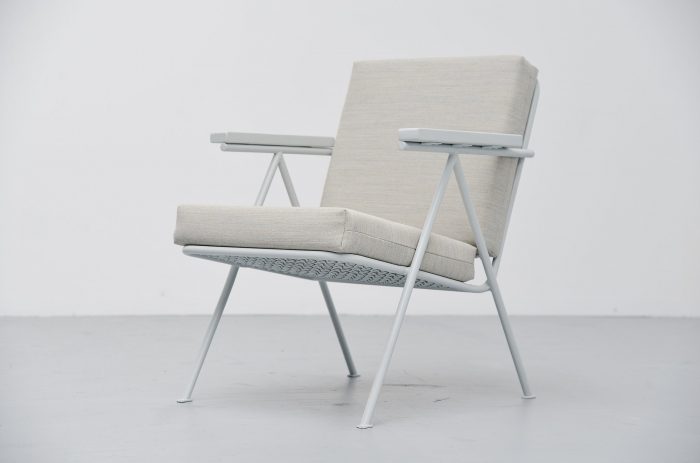 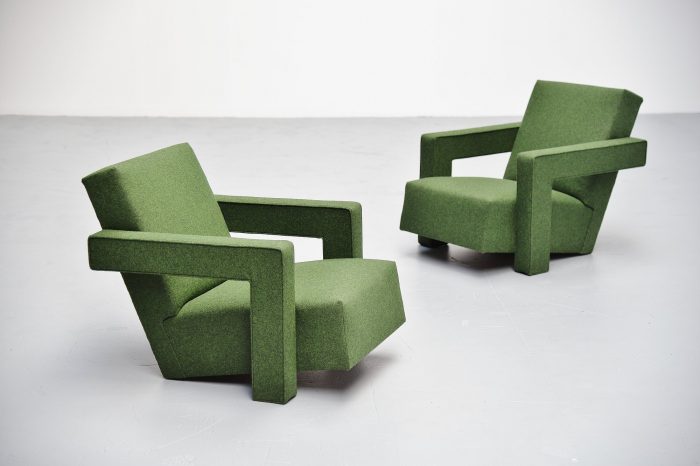 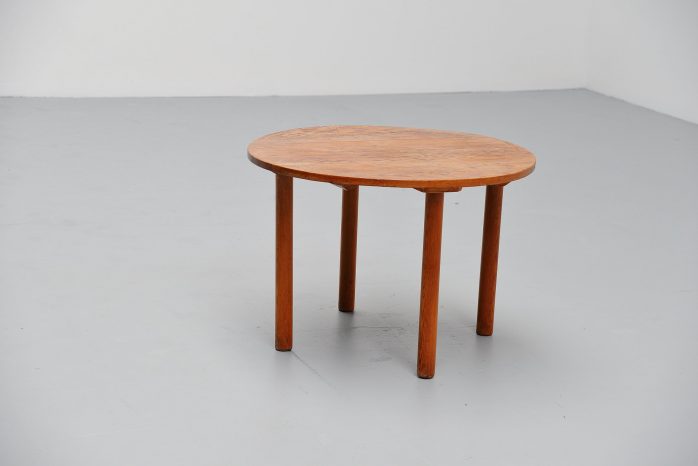 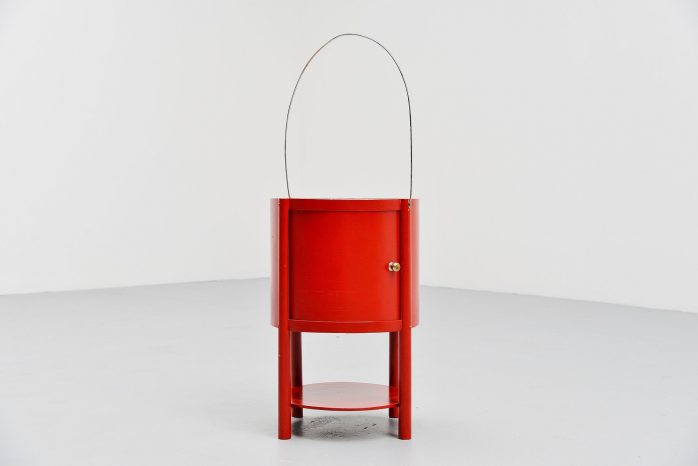 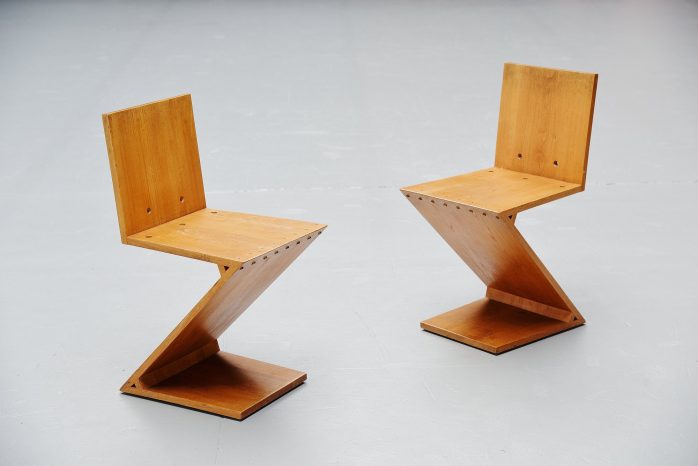 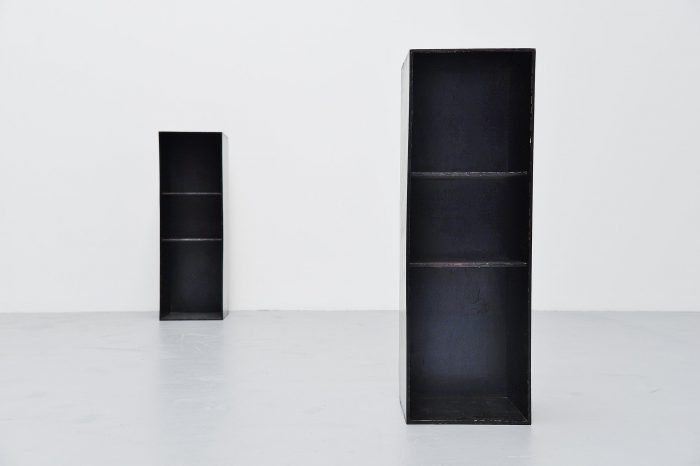 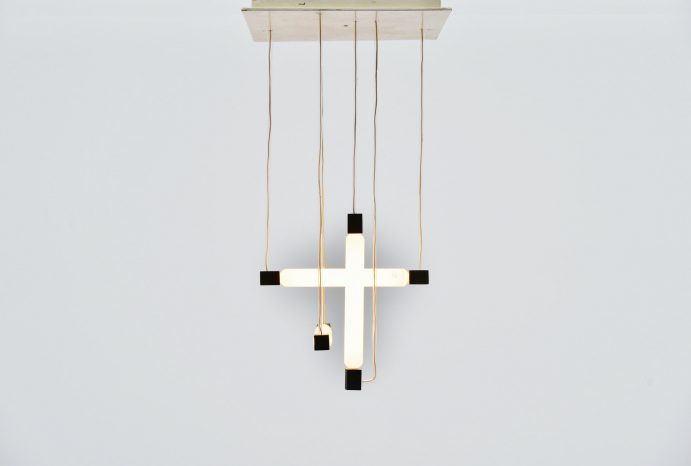 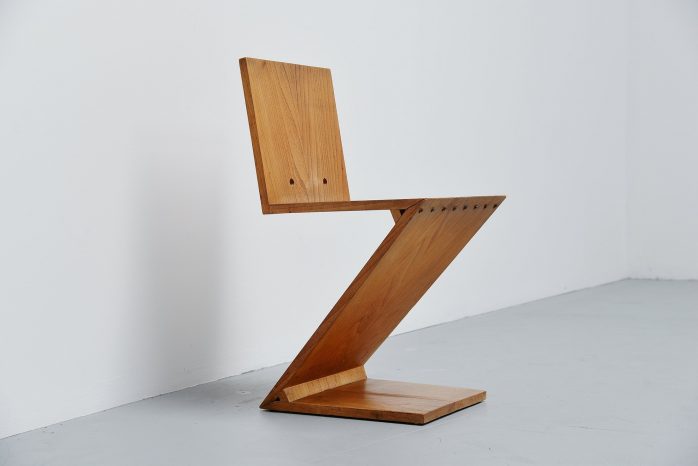 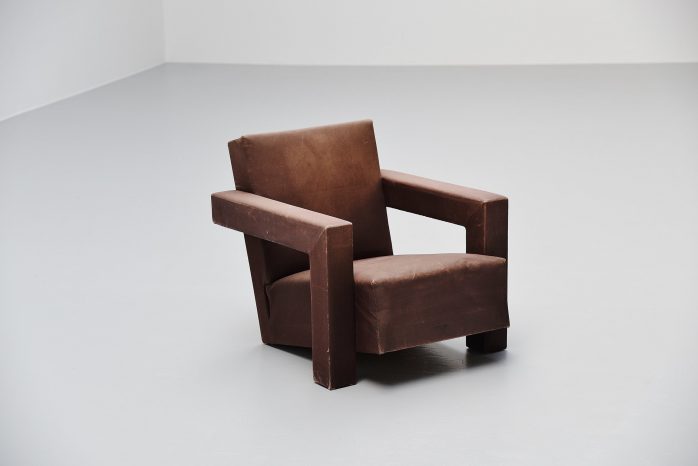